Today we are asking, “does Western Express drug test?”. Nowadays, it is increasingly likely that companies will require potential employees to complete a pre-employment drug test.

Very often, job offers are only made after successful results. But what drug tests are performed on potential candidates, and what do they test for? Let’s find out.

What exactly is Western Express? 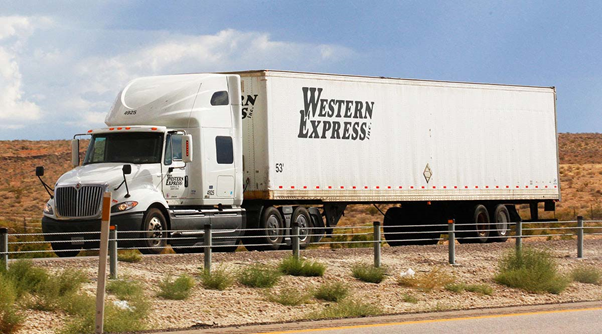 Western Express is a trucking company founded in 1991 in Nashville, TN, by Donna and Wayne Wise. It’s a company that provides transport solutions for commercial customers throughout the United States.

Over the last 30 years, Western Express has grown to become one of the largest trucking companies in the USA, with nearly 2000 employees employed across 8 locations.

Does Western Express drug test in 2023?

The answer to that question is a simple “yes”. Western Express performs drug tests on all potential employees on their first training day. Not only that but Western Express drivers are subject to random drug tests throughout the course of their employment.

What kind of drug tests does Western Express perform?

The DOT urine drug test is what is known as a 5-panel test. That means it tests for five different items. Those items are:

The Department of Transportation breathalyzer test detects levels of alcohol over.004.

Western Express currently does not require candidates to perform a follicle test. Many trucking companies require this test, but the Department of Transportation does not recognize it. It is only used by these companies internally.

Do all truck drivers get drug tested? The Department for Transportation requires anybody with a Commercial Driver’s License (CDL) to carry out drug tests. A commercial driver’s license is required for anybody that operates a vehicle carrying more than 16 people or for anybody transporting heavy goods. These tests are required to ensure the safety of truck drivers and other road users.

This, of course, does not only include truck drivers. It also includes other professionals such as train drivers, pilots, and other similar professions.

When do Western Express drivers get drug tested?

This orientation takes place in Tennessee, Pennsylvania, or California. They must provide a urine sample on the first day of the orientation. At the same time, a background cheque is also conducted.

Once the orientation is completed, and employment has been offered, Western Express may ask employees to perform another drug test if there is reasonable suspicion. This usually only happens if a supervisor suspects a driver has been using drugs or alcohol on or off the road.

If an accident results in a fatality, this is also a requirement by law. Western Express performs these tests after an accident as they are necessary for insurance purposes.

Western Express also performs random quarterly drug tests. This does not apply to all drivers as only a handful of employees will be tested every quarter. But every employee has an equal chance of being selected.

How to prepare for a Western Express drug test

The vast majority of Western Express drug tests are urine tests. Breathalyzer tests are only carried out in the event of an accident. To prepare for a urine test, it is vital to be hydrated, as a urine sample must be provided.

Anybody taking any prescription medications should consult their Healthcare professional as occasionally, these medications can cause a false positive on the drug test results.

What happens if a Western Express employee refuses or fails a drug test?

At Western Express, a failed drug test is not always grounds for instant dismissal. However, drivers will likely be suspended from their position for some time. Suppose an employee has failed a drug test.

In that case, Western Express will require them to complete a rehabilitation course and for an unspecified amount of time to have passed before they return to work.

If a driver believes there has been an error in the test results, they must ask immediately for the sample to be retested. If they think that the failed test is a result of prescribed medication, they must immediately provide proof of prescription and, if possible, a letter from their healthcare practitioner.

In extreme cases, or after multiple failed or refused tests Western Express will terminate employment. Multiple failed DOT tests can also result in the Commercial Driver’s License being revoked. Once a CDL is revoked, it is impossible to obtain it again.

If a driver is involved in a fatal accident, that driver must immediately undergo drug and alcohol testing. Should the driver fail that test, they will be required to complete a Department of Transportation Substance Abuse Program (SAP).

They will not be allowed to return to work until that course is completed. In most cases, in this situation, Western Express will terminate employment.

How to get back to work after a failed drug test After the driver has completed the return-to-work program mentioned above and completed any other employer-specific steps, they will usually be allowed to return to work. That is unless their employment has been terminated.

Due to the large size of a commercial vehicle or the number of passengers being carried, accidents with this type of vehicle tend to be far more common and far more deadly. For this reason, the Department of Transportation’s Substance Abuse Program is very in-depth and different for every driver.

The outcome of the program varies from driver to driver. In some cases, the substance abuse professional may be recommended that the driver’s commercial driving license is revoked.

In any case, after the completion of the substance abuse program, drivers will be required to complete follow-up tests for the next one to five years depending on the case severity.

A truck driver will find it impossible to get another job offer with an unresolved drug violation or fatal accident recorded on their Commercial Driver’s License.

So now we have an answer to our question, “does Western Express drug test?”. Now we know that all trucking companies, including Western Express, are required by law to carry out a pre-employment drug test on all potential employees.

However, Western Express uses only urine tests, unlike many other trucking companies that perform both urine and hair follicle testing.